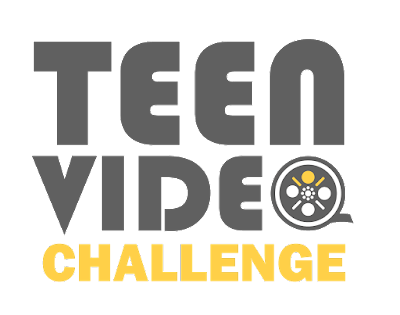 Did you know that we are not the only library district that hosts a summer reading program? There's actually an organization called CSLP (The Collaborative Summer Library Program) that sponsors summer reading programs just like ours in libraries all around the country. They're also the people who come up with the themes each year, AND this year they are sponsoring a nation-wide video contest that you can participate in!
They want you (or anyone you know who is ages 13-18) to create a public-service announcement style video representing this year's theme "Imagine Your Story" and encouraging people to read and visit the library. It can't be longer than 60 seconds and has to be totally "G" rated. For complete rules and an entry form you can visit the contest page here: Teen Video Challenge.
Five winners will be chosen from around the country, and we hope to see some fun entries from Yuma County! Good luck! Go out there and get creative!
Posted by Teen Services at 9:00 AM No comments:

Even though things are a little different this year, the Yuma County Library District is doing our annual Summer Reading Program. This year's theme is "Imagine Your Story" and it's all about fairy tales, myths and legends from all over the world.
This year's program is completely virtual, so if you want to participate, you will need to download the program app, which is called ReadSquared and is available in app stores for both Android and IOS. You can either sign up for your own account, or your parent or guardian can sign up with a family account and register everyone in the family all at once. Don't forget, we have programs for little kids and adults as well as for teens, so everyone can participate.
The app is really fun and easy to use, and you can unlock badges for completing program goals and doing special challenges. Once you have competed the program by earning a certain amount of points, you will automatically be entered into a drawing for an awesome gift basket provided by the Friends of the Yuma County Library!
Join up today, you have until July 18th to complete the program!
Posted by Teen Services at 9:00 AM No comments:

Every year, YALSA, the Young Adult Library Services Association, puts out a list of the top ten teen books, as voted on by teens from all over the country. Alongside that list, they also put out a separate ranking of the year's top ten graphic novels (and manga) for teens. This year's votes are in, and the top 10 graphics and manga for 2020 have been announced! All of them are available for checkout from Hoopla Digital, Overdrive or Libby, so if you haven't read them yet, here is your chance. And the winners are:

How many of these have you read? Can you hit a Bingo of these titles as well as some of the other graphics and manga nominated this year? Play the game below! 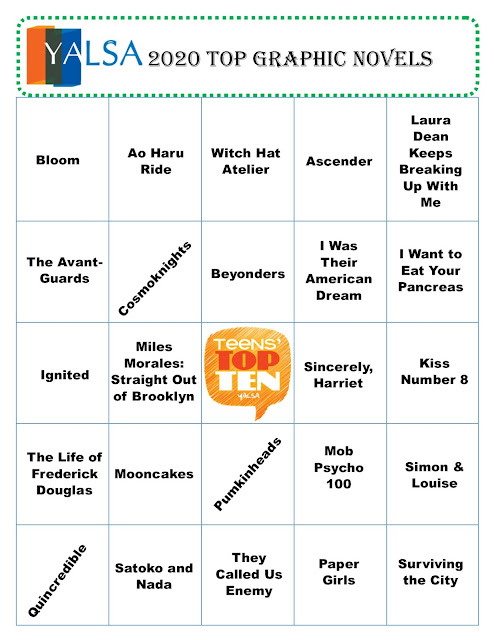 Every year, YALSA, the Young Adult Library Services Association, puts out a list of the top ten teen books, as voted on by teens from all over the country. This year's votes are in, and the top 10 for 2020 have been announced! All of them are available for checkout from Hoopla Digital, Overdrive or Libby, so if you haven't read them yet, here is your chance. And the winners are:

So if you haven't read them, look for them to download today. And try to get a Bingo with the game below by reading the top ten as well as some of the other nominees for the year. 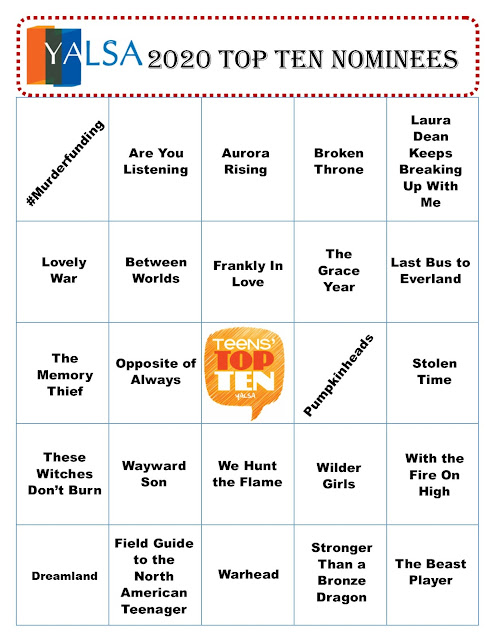 Need something new to read? Here are some of our picks for the best books that have recently been added to Overdrive!  If you don't have a regular library card, don't forget you can access these titles with a temporary e-card you can register for here: https://yumalibrary.org/sign-up-for-a-library-ecard/ 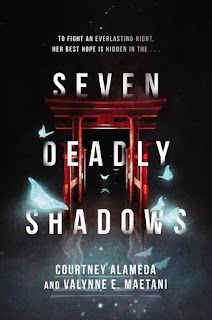 Seven Deadly Shadows by Courtney Alameda and Valynne E. Maetani: Kira has never fit in or felt comfortable anywhere except her grandfather's shrine. That is until the day the shrine is attacked by Yokai (Japanese demons). Why are they here, what do they want, and how can Kira stop what might be the start of a war between forces darker than the could have ever imagined? 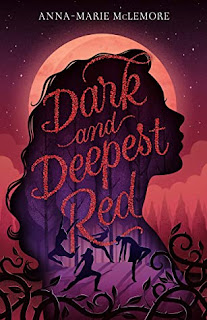 Dark and Deepest Red by Anna-Marie McLemore: The year is 1518, and a strange plague has hit France: women are taking to the streets and dancing themselves to death. No one knows why, but the rumors of witchcraft are everywhere. Fast forward 500 years, and a girl named Rosella finds a pair of shoes that attach to her feet, making dance, and dance, and dance. Based on a true story (yes, there REALLY WAS a dancing plague in the middle ages!), this beautiful modern fairy tale will have you hooked until the last page. 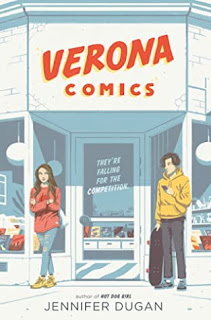 Verona Comics by Jennifer Dugan: "Two houses, both alike in dignity...." oh wait, sorry, wrong book. But not really, because that's the opening line to Romeo and Juliet, and Verona Comics is a funny modern retelling of that classic story, except the two families here each run a comic book shop. Despite the fact that Ridley and Jubille's parents are business rivals, and hate each other, the two are of course, destined to meet... where else: at comic-con prom. 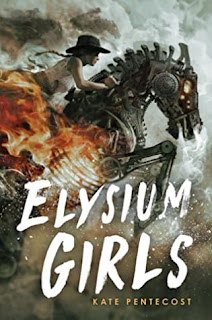 Elysium Girls by Kate Pentecost: For 10 years, a pair of sisters have been playing a game that neither one is willing to lose. Now, this wouldn't really matter to anyone, except that the sisters are the Goddess of Life and the Goddess of Death. Now the sisters have concentrated all their game-playing energy on the small town of Elysium, Oklahoma and the lives of all the residents are at stake, unless Sal (a girl who sees visions) and Asa (a demon posing as a human) can figure out how to stop them... as soon as they figure out how to get themselves un-exiled from town first.
Posted by Teen Services at 9:00 AM No comments:

Need something new to read? Here are some of our picks for the best books that have recently been added to Hoopla Digital! Don't forget that for the month of May you get 10 Hoopla checkouts, instead of our usual 5! If you don't have a regular library card, don't forget you can access these titles with a temporary e-card you can register for here: https://yumalibrary.org/sign-up-for-a-library-ecard/ 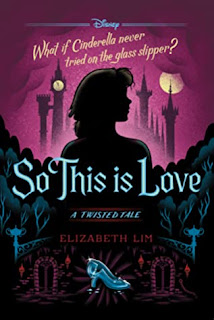 So This is Love (Twisted Tales Series) by Elizabeth Lim: Disney fans have been waiting for this one for a while! The newest offering in the Twisted Tales series is finally out! This time author Elizabeth Lim asks "what if Cinderella never tried on the glass slipper?" Instead of relying on her fairy Godmother, Cinderella takes her fate into her own hands, leaves her evil stepmother and takes a job at the castle... but while there she uncovers a deadly plot against the prince, and Cinderella must decide where her loyalties lie. 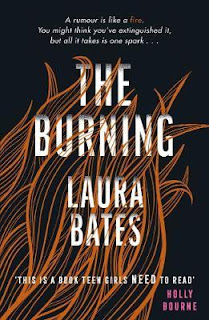 The Burning by Laura Bates: Internet rumors can spread like wildfire. It's because of a vicious internet rumors and cyber-bullying that Anna and her mom have had to leave their home and move hundreds of miles away so that Anna can go to a new school. But the internet is everywhere, and soon, rumors and whispers start up again. Anna tries to escape them by diving into a story she has heard about a local woman who was once accused of witchcraft. 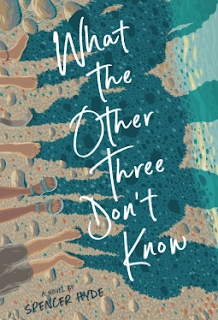 What the Other Three Don't Know by Spencer Hyde: Four very different High School Seniors have one major thing in common: each of them is hiding a deep, dark secret. When the four are forced to spend time together on a class trip, they each begin to let their guards down and share secrets that touch on death, disability, sexual identity, and life in general. 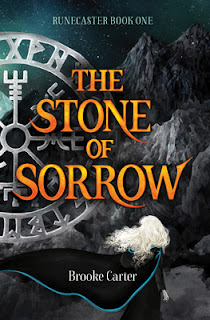 The Stone of Sorrow by Brooke Carter: Perfect for fans of Leigh Bardugo and Holly Black, The Stone of Sorrow takes you into the world of Norse mythology, with a twist. Runa is supposed to be content to be her village's resident witch, but all she really wants to do is sail the seas and see the world. But, when her village is attacked and her sister kidnapped, Runa must team up with an elf and a disgraced Valkyrie if she has any hope of getting her back.
Posted by Teen Services at 9:00 AM No comments:

Hi teens!
We miss you all so much!
Yes, the libraries are closed for now, but the staff is still thinking of you all and working on awesome programs for when the current crisis is all over and we can get back to hanging out in the teen room with all of you. For now, stay home, stay safe and check out some of our online offerings so you don't get too bored:

If you don't currently have a library card, you can sign up for a library eCard here:
https://yumalibrary.org/sign-up-for-a-library-ecard/
This card lets you access any of our online resources so you can download books, comics, manga and more.

Hoopla Digital lets you check out e-books, audio books, music, movies and TV shows. They have a GREAT selection of graphic novels and comics.

Overdrive allows you to have 10 books out at one time! We just added a whole bunch of new manga titles here too, so get the app today!

Kanopy is a streaming service for indie movies. You can check out and stream up to 10 movies a month on the adult side, with unlimited checkouts on the kids side (we won't judge you for watching every episode of Arthur, we promise!).
Posted by Teen Services at 9:52 AM No comments: